Built by Henry VIII as one of a chain of coastal fortresses, is located at the end of a shingle spit which extends 1.5 miles from Keyhaven. 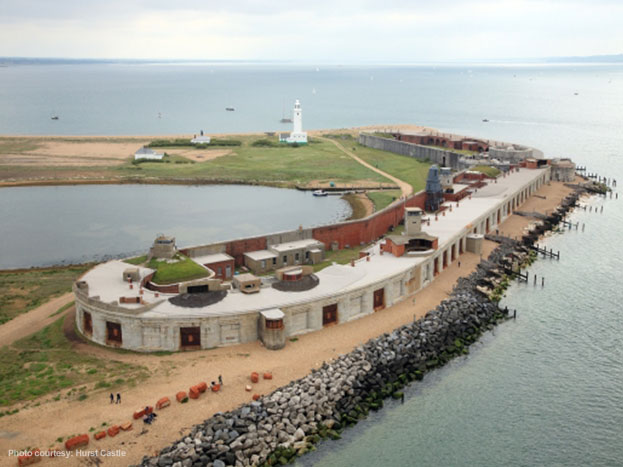 The end of Hurst Spit is only three quarters of a mile from the Isle of Wight; the closest point to the island from the mainland. Access is achieved either on foot from Keyhaven or Milford-on-Sea, or by ferry from Keyhaven (or from Yarmouth on the Isle of Wight). On foot, we've beaten the ferry a couple of times, but only because it was delayed and we were moving as quickly as possible! 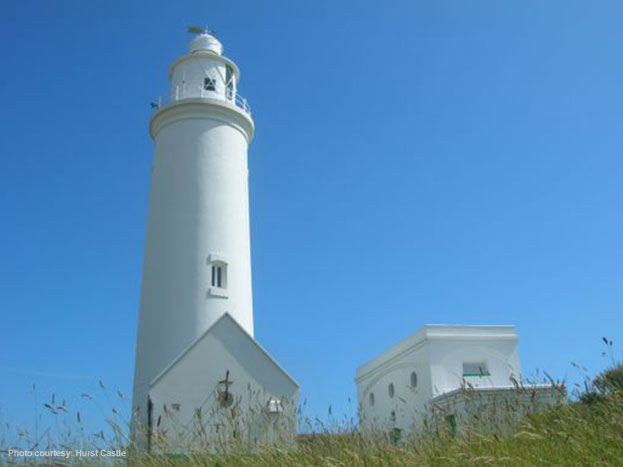 Educational and group visits are welcomed at the castle which is open daily between April and October.

Open daily from 10.45 AM to 4.45 PM for delicious cakes, baked on the premises, sandwiches and baguettes freshly prepared to order and daily specials. Inside and outside seating within the West Wing of the Castle.