Lymington is a pretty Georgian coastal town on the southern edge of the New Forest, famous for sailing and smugglers! The best of both worlds await the visitor - from beautiful forest walks to refreshing sailing and watersports. 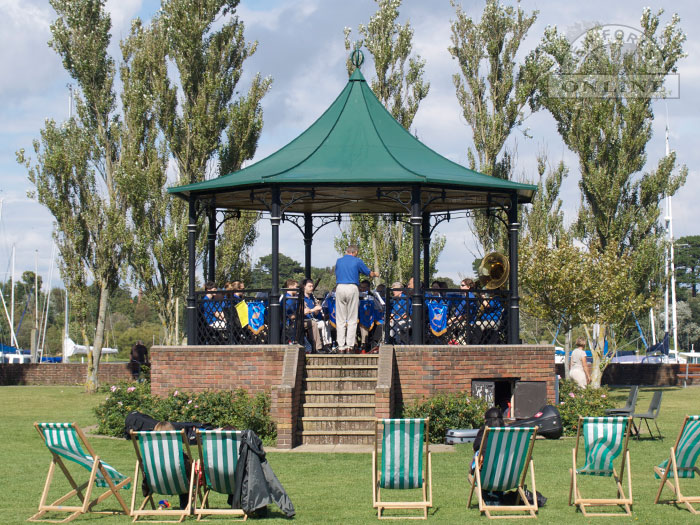 Roman Baths? Not Quite.

The "historic Roman Seawater Baths" in Lymington are not quite Roman. Built in 1833, the attraction is, however, the oldest lido in the UK. It's also one of the largest, capable of holding up to 1.7 million gallons of water. Controversy has pursued the not-too-profitable operation of Seawater Baths - and at the time of writing their management has been transferred to a private company. Jump in while you can!

Fired up by the fabulously successful 2012 Olympic Games, the people of Lymington waiting patiently for Royal Mail to paint one of the local letterboxes gold in recognition of Ben Ainslie's fifth Gold Medal. As many other boxes countrywide turned gold, Royal Mail painted a tiny one in Cornwall instead (where Ben grew up). Local bar owner, Rob Simth, took it upon himself to paint the High Street letterbox and got himself arrested. A furore ensued, Royal Mail capitulated... and painted it gold without making the same mess as Rob...

If the number of smuggling yarns circulating about a town is any reflection of the importance of the place in free trade, then Lymington would have been the trading centre for the whole of Hampshire! The tales of tunnels leading from the Town Quay up to the Angel Inn have been many and varied. Whether their basis in fact is sound, or the tunnels are simply an elaborate Victorian drainage system, remains to be seen - but it's much more fun to perpetuate the legend! However, one man who worked in the water industry wrote the following [sic] "(The tunnel) is no legend as I have seen it. About 1975 when I lived in Lymington & an adjacent old building not far up from "The Angel" was demolished a cellar was revealed down steps from the main floor level with an old iron swing hinge fixed to the wall. The tunnel is about 5.5ft high & about 2ft wide in the shape of a functional & somewhat elaborate brick arch, the top being less than 10ft below the current Street level but it has been blocked with sand [presumeably latterly by the revenue when smuggling came to an end. [I currently work in the Water Industry it is not in the shape of a drain]. I recovered oyster dishes & ale pottery & an old onion shaped wine bottle from the old building. It originally had a cobbled rear courtyard which must date from about 1815 as I detected & removed a silver shilling of that date in the cobbles"...

Lymington is a bustling, colourful town with lots to see and do. Its Georgian High Street is the venue for a well-known street-market every Saturday morning. This is the busiest time of the week for the town and this popular market boasts a range of stalls selling everything from local fine foods to craftwork and antiques. Visitors can enjoy the hustle and bustle of this unique shopping experience. The High Street also offers an extensive range of shops; some very familiar and others as unique and individual as the town itself. When weariness sets in, there are many parks, cafés and restaurants and, of course, pubs in which to relax and unwind.

The town's many features include a unique series of cobbled streets leading down to the pretty main quay area, popular with visitors who wish to sit, relax and watch the world sail by. Boat trips around the Solent can be taken from the quayside and private sailing, motor-boating and fishing trips may be arranged at short notice. For those wishing to adventure further afield, Yarmouth on the Isle of Wight is reached by ferry in only 35 minutes, and caters for both foot passengers and cars.

Other facilities in the town include a well-equipped leisure centre with heated pool, and the outdoor "historic Roman Seawater Baths" (actually built in 1833) is very popular on a hot summer's day and only a short walk from the main quay area. 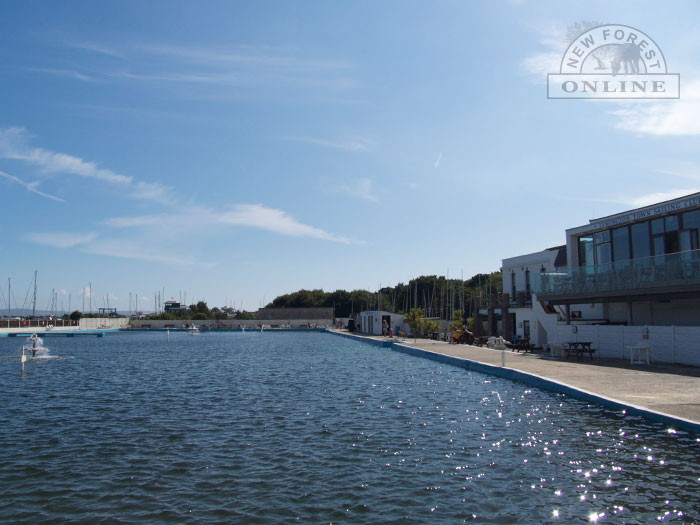 Things to Do and See in Lymington 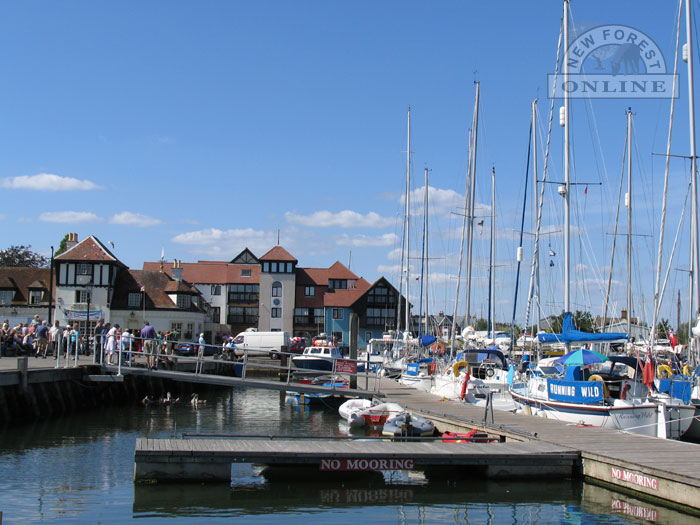 In ancient times, the town of Lymington was known as "Lentune". The origins of Lentune are somewhat obscure but, at Buckland Rings on the outskirts of Lymington, there have been Neolithic and Bronze Age finds. This site is one of the more important remaining earthworks in the New Forest.

The town flourished on the export of salt from its salt pans, which were developed by the Normans. In the 1800s, about 4000 tons of salt were produced from the nearby salt marshes. The town also had a reputation for smuggling; and smugglers used the busy port to bring their illegal cargoes ashore. During the Middle Ages Lymington started to become well known as a shipbuilding and trading port. The innovative and well-known shipbuilding industry has now given way to yacht and boat building.

The wealth of the town during the Georgian period is reflected in the architecture of its buildings. Lymington's High Street is dominated by Georgian buildings and the Parish Church of St. Thomas the Apostle lies at the top end. This church has 18th century galleries and some architectural features which are over 600 years old. The churchyard has an avenue of lime trees which were planted in the seventeenth century.

The St Barbe Museum in New Street captures the unique flavour of life in the district and brings first class art exhibitions into the town.