Sway is home to possibly the most unlikely of world record holders; a 200 foot concrete tower. This is the tallest non-reinforced concrete structure in the world - and is visible for miles around. Use it to guide you towards Sway! 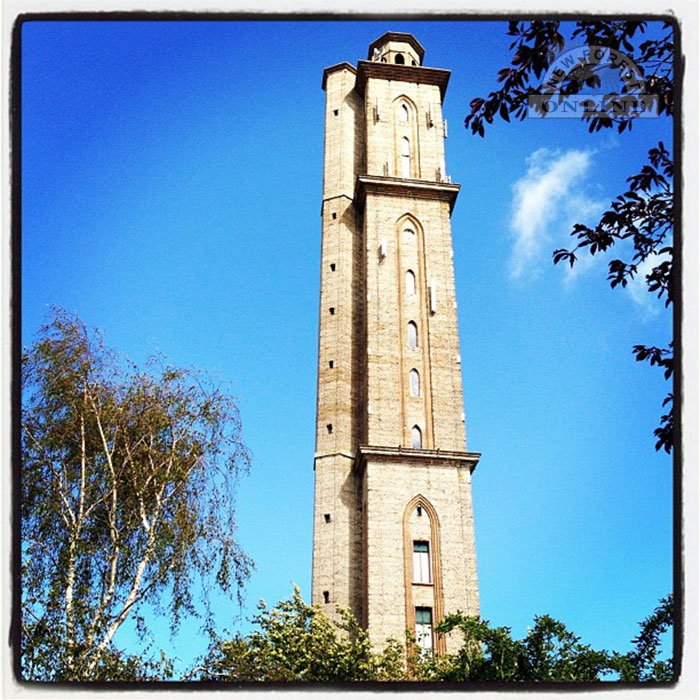 Who said concrete was boring?

Sway Tower, also know as Peterson's Folly, is 66 metres (200 ft) tall and is a Grade II listed building. Incredibly, it is the tallest non-reinforced concrete structure in the world. Built by Andrew Thomas Turton Peterson from 1879–1885, its design (and the use of concrete) was influenced by the follies Peterson had seen during his time in India. It is constructed entirely out of concrete made with Portland cement, with only the windows having iron supports. The tower is visible from much of the New Forest and most of the western Solent. A smaller prototype 50-foot folly stands in a group of trees to the north of the taller tower.

During World War II, an Emergency Landing Ground for aircraft was established just south of Sway village, used by aircraft based at RAF Christchurch for overnight stays to protect them from German attack at Christchurch. However, this encouraged the Luftwaffe bombed Sway instead, forcing its closure after just one year.

The Children of the New Forest

In Sway village used to stand Arnewood House (now destroyed by fire), which was the home of The Children of the New Forest in Captain Marryat's 1847 book. Marryat also used the surrounding countryside as the setting for the book.

Nestling in the Southern edge of the New Forest, four miles from the coast at Lymington, Sway is a shining example of a quiet but thriving village community, renowned for its friendliness and offering a good range of shops, services, pubs, restaurants and accommodation.

Things to Do and See in Sway

In Victorian times Captain Marryatt used the surrounding countryside as the backdrop to his "Children of the New Forest", the somewhat eccentric Judge Peterson built the 220 foot Sway tower as a celebration of concrete and St. Luke's Church was established at the heart of what was then principally a rural community.

The arrival of the railway in the late 1880s opened up new opportunities and the following decades saw the village expand impressively. Today regular train services link the village with Dorset and London and all points North.