Milford on Sea Festival of Music and Arts is just one of the annual events at Milford that draws the crowds onto the tiny village green. A thoroughly pleasant, vibrant village with a refreshing sea breeze. The Norman All Saints Church has eight bells, hung in 1928, called Faith, Hope, Love, Peace, Joy, Liberty, Patience and Victory. It is said that the window on the south side was used to smuggle beer in for the bellringers.

Milford on Sea holds an annual May Day festival on the village green with traditional (although not often seen) Maypole dancing. In mid-summer the excellent Music and Arts Festival takes place, the result of the tireless voluntary efforts of dedicated local talent. It runs on the small village green for about three days with local bands and drama from local schools, as well as stalls and craft workshops.

In the time of King John, Hugh de Whitwell and his son William granted land at Milford to William Mackerel, which he subsequently granted to the Kinghts Templar. Mackerel can still be caught in abundance in the area. Coincidence? I think not.

About Milford on Sea

To the South-East of New Milton lies Milford on Sea with stunning views east towards the Shingles, and west towards Hengistbury Head & Christchurch Harbour.

The unspoiled village offers a wide range of shops and a pleasant traditional village green. The cliffs have been left free of buildings and in their natural state. On the inner side of Milford is the Parish Church built in the late 13th Century.

Nearby Hurst Castle has a military history from Tudor times to World War II and was one of the prisons of Charles I. Explore the castle, marvel at the 8 ton guns and enjoy the uninterrupted views across the Solent to the Isle of Wight; this is the closest you'll get to the Isle of Wight on the mainland.

Things to do and see in Milford on Sea 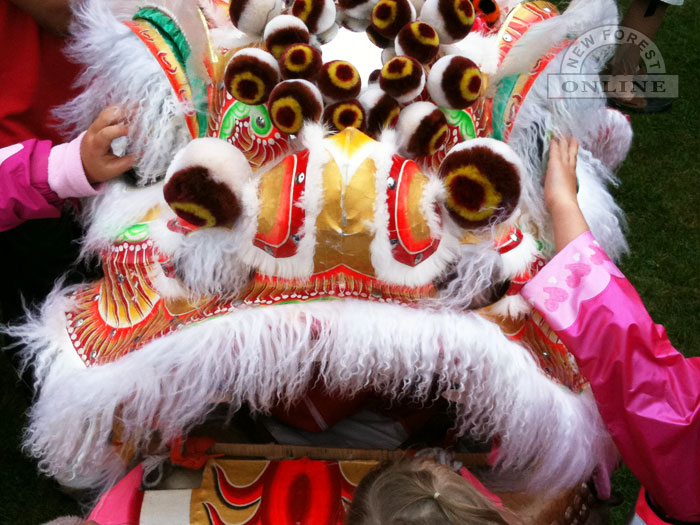 Chinese Dragon at Milford on Sea Festival of Music and Arts

A Little Milford on Sea History

Milford began as a Saxon settlement and 500 years later (according to the Domesday Book of 1086) comprised a small manor with a church, a mill and about 50 inhabitants. It belonged to Christchurch Priory from circa 1107 to 1539 and then passed variously into the hands of courtiers and city merchants, mainly as a distant investment.

Milford's resources were its agriculture and the seasonal production of sea-salt, later supplemented, in fair degree, by smuggling. Development progressed slowly in accordance with the times until, in the latter part of the eighteenth century, wealthy newcomers moved in to buy up farms and build fine houses. Their advent materially changed the character, outlook and social structure of the village. Their Georgian houses serve today as a reminder of that turning point.

The salterns were less fortunate. After much expansion in mid-century, they declined rapidly in the 1780s and only a small remnant survived to fade slowly away after 1800. Their reclaimed land is today an area of great natural beauty.

Little further development took place until the 1880s, when the local landowner planned to convert Milford into a premier seaside resort, adding "on Sea" to the village name. The scheme failed in its major objectives, but it gave Milford a lasting layout and ordered development.

Despite much new building in recent years, Milford still retains its character and unity as a village.