Ringwood is home to Ringwood Brewery's hugely successful Fortyniner and Old Thumper - as well as the birthplace of 'Ringwood' woollen gloves; essential wearing as wet Summer turns to cold Autumn! 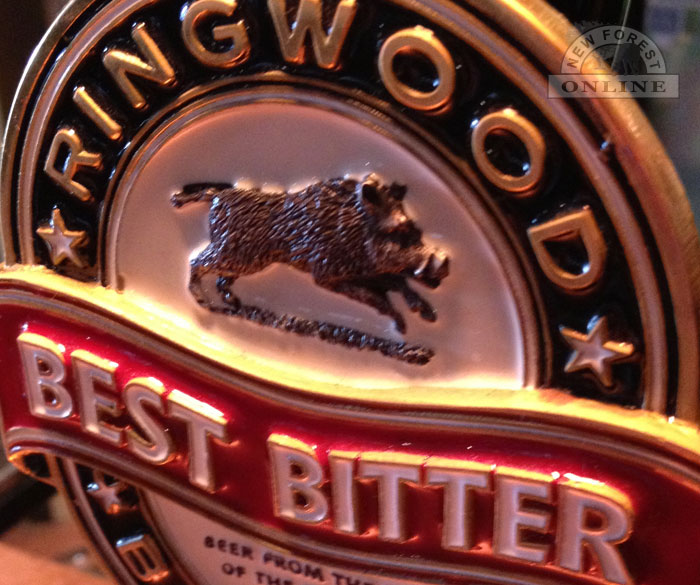 Ringwood Brewery's Fortyniner bitter is named after the 1849 gold rush. Golden in colour and brewed to 4.9%, Ringwood Brewery has been brewing this classic beer since the foundation of this hugely successful brewery by Peter Austin in 1978, a man who is revered as "the father of British Micro-brewing".

Ringwood had a long history of a thriving handknitting industry until the turn of the eighteenth century. In the 1850s trade picked up again and Ringwood became famous for its "Ringwood" woollen gloves. These were knitted in either cotton or wool 4 ply, and on fairly thick needles. Ringwood gloves were knitted commercially until the after the Second World War, a rare example of a cottage industry surviving into the 20th century.

James Scott, 1st Duke of Monmouth turned in by a local

After the Battle of Sedgemoor on 6 July 1685, the 1st Duke of Monmouth was arrested near Horton, just outside Ringwood. Monmouth is believed to have hid in a ditch under an ash tree disguised as a shepherd, but was betrayed by a local woman who (according to legend) later killed herself in remorse. Monmouth was then taken to the house now named Monmouth House in West Street (between the Market Place and the Fish Inn) where he wrote a letter (in vain) to James II begging forgiveness. He was brought to trial in the Tower of London by the infamous "Hanging Judge Jefferies" and subsequently beheaded. Legend relates that it was realised after the execution that there was no official portrait of the Duke; so his body was exhumed, the head stitched back on the body, and it was sat for its portrait to be painted.

Ringwood stands on the western edge of the New Forest at a crossing point of the River Avon. For centuries it has been the traditional market town of the New Forest with its market charter dating back to 1226.

Ringwood has a lively Wednesday morning street market and has remained a delightful, unspoiled historic town with both quaint as well as modern shops, street entertainment, restaurants, pubs and cafés.

Ringwood features a good selection of shops to browse in including three supermarkets and a wide variety of smaller specialist retailers. Be sure to wander down West Street to view the River Avon from the old three-arched stone bridge or enjoy a stroll around Jubilee Garden. The church too is well worth a visit.

Ringwood is well-placed on the Avon Valley footpath and ideal for an overnight stop. There are many other opportunities to discover the area on foot and the visitor information centre provides details of local town trails and walks.

Things to Do and See in Ringwood

The eleventh century name of Ringwood was "Rincevede" which seems to have meant a ford or "wade" (vede) over a river or watercourse (rine). The modern spelling of the name has suggested to many people the idea of a place ringed by trees, and either meaning is valid, since the River Avon is still much in evidence, though bridged, and the growing population has pushed the encircling trees further from the centre of the town. Monmouth House near the Market Place is said to have lodged James, Duke of Monmouth after the battle of Sedgemoor.