Brockenhurst is a charming village in the New Forest between Lymington and Lyndhurst, where New Forest ponies and donkeys wander the High Street alongside the people. 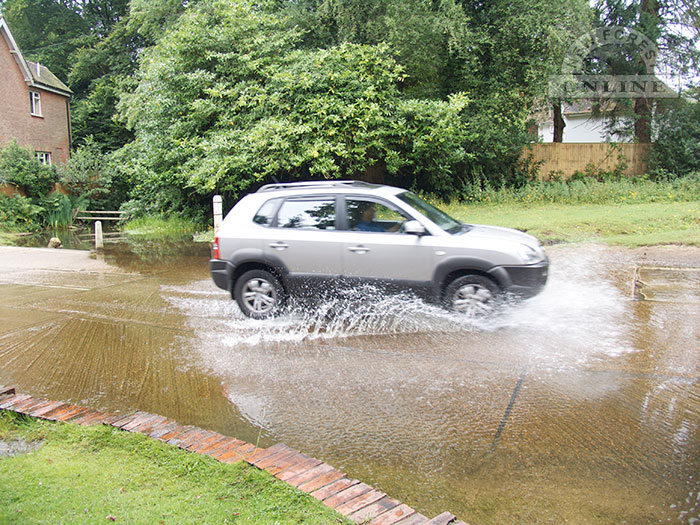 Brockenhurst means "badgers home" in Celtic - which explains the appearance of a badger on so many Brockenhurst-related insignia.

21,000 wounded members of the New Zealand Expeditionary Force in France were treated at No1 New Zealand General Hospital, Brockenhurst during the First World War. A commemorative plaque marks the site where the hospital once stood.

The open heathland and ancient woods which surround the village are dotted with Bronze Age burial mounds called tumuli. These are most visible on the road past Beaulieu Plain.

This large, attractive village lying just a few miles south of Lyndhurst, is one of the outstanding locations of the forest, making an ideal spot to stop and enjoy a walk or picnic, and watch the ponies and other animals graze around you. The North and South Weirs streams join and as one flow through Brockenhurst. In Brookley Road and in the warmer months of the year the stream flows across the road, commonly referred to as The Splash. This is fine in summer and autumn but when the weather is colder, with possibility of the road icing over the pipes under the road are opened to take the flow. There is a second ford in the Waters Green area of the village and this flows continuously throughout the year. From beyond this the Weirs stream meets the river formed by the Blackwater and Ober Water to become the Lymington River.

Brockenhurst, meaning "badgers home" in Celtic, is one of the largest villages in the New Forest, whilst retaining an air of old world charm. It is here that ponies, donkeys and cows roam freely, and drink from the watersplash at the bottom of the main street on their way to graze the open heathland and ancient woods that surround the village.

Easily accessible by road and inter-city rail service, Brockenhurst is within a few miles of the sea and the heart of the forest is only a few minutes walk away.

Things to Do and See in Brockenhurst

Brockenhurst lies within the Heritage Area of the New Forest which the European Union is funding work to restore and preserve. The manor house of Brochelie was situated on the plot now occupied by the Watersplash Hotel, its manor extending over the lands to the western side of the A337 Lyndhurst-Lymington Road.

The fourth Saxon manor of the area was Broceste which gives the village its name. It was the most important manor, being a grand-serjeanty held by providing accommodation for the King when hunting in the area.

During the First World War, Brockenhurst played host to the Lady Hardinge Hospital for Wounded Indian Soldiers. Meerut Road's name recognises the Indian troops of the Meerut and Lahore Divisions who fought on the Western Front in the war and were patients here. It was later taken over by the No.1 New Zealand General Hospital and continued in use until 1919. Auckland Avenue and Auckland Place commemorate the stay of the New Zealanders.