Highcliffe is a coastal town to the south west of the New Forest National Park. Highcliffe Castle is a great place to stop and look around, with access (down the high cliff...) to the beach. 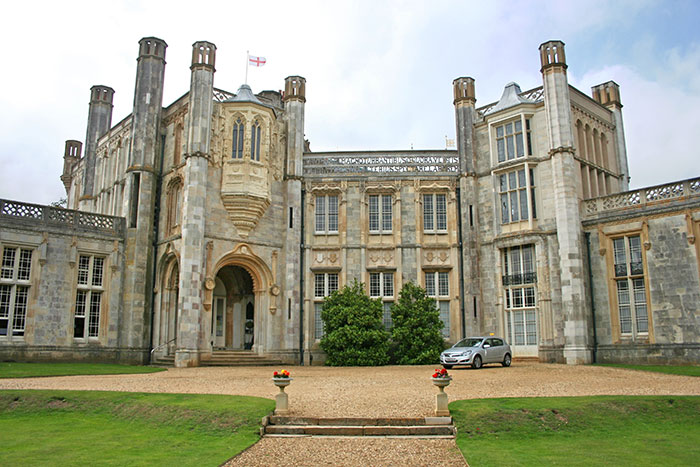 Highcliffe's former name was (rather unfortunately) Slop Pond, a collection of thatched cottages named from the large pond on its common. I suppose that as much thought went into that name as into today's name... good idea to change though.

The orginal estate house built in Highcliffe by John, third Earl of Bute, is said to be currently two miles out to sea. And receding.The Lord Bute boutique hotel and restaurant is still very much on the land, however, and can be found on the road passing the castle.

Highcliffe's position on the south coast gives it a climate with milder winters than inland areas and less rainfall than locations further west. This helped to establish the town as a popular health and leisure resort during the late Victorian and early Edwardian eras... obviously at a time when long, hot summers were still an occurrance! 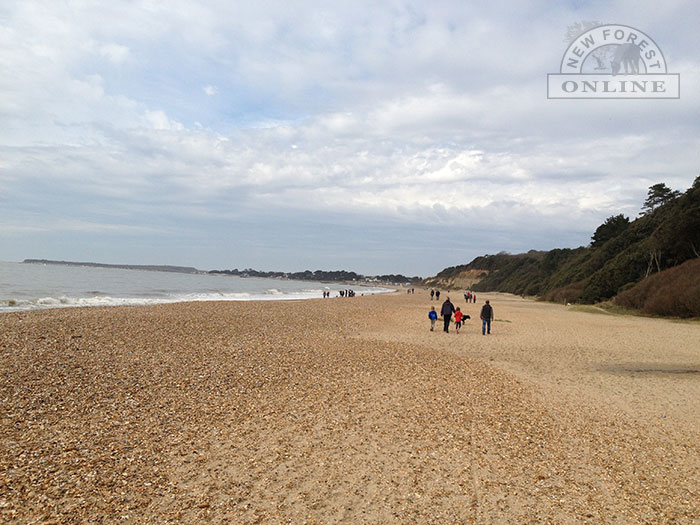 Things to Do and See in Highcliffe

Highcliffe Castle is a Grade I listed building which was built between 1831 and 1835 by Lord Stuart de Rothesay. It has been described as "the most important remaining example of the Romantic and Picturesque style of architecture."

The beach between Highcliffe and Mudeford is a popular one with visitors as it is quite sandy and there are also beach huts and two cafes. Crabbing is a popular pastime at Mudeford Quay. Take the little ferry across from Mudeford Quay to Hengisbury Head and admire the beach huts or take the little land train across the headland. There is also a cafe/restaurant near the ferry stop.

The history of Highcliffe begins with John, third Earl of Bute, the well-known minister of George III., who was purchaser of the estate. The site of the house he built was said by the present owner of the property (based on the evidence he gave before the Royal Commission on Coastal Erosion some years ago) to now be two miles out to sea. The rapid advances of the sea were a great source of trouble to Lord Bute; the falling of the cliff went on at such a rate that the people on the estate dared not tell him about it. The path which ran by the cliffs was constantly disappearing and in order to keep him ignorance of it all the men on the estate were kept at hand while he was at his house to make a new path at the cliff edge in case he should happen to walk that way, so that he might believe that the new path was the old one. Highcliffe was bequeathed to his fourth son, Charles, who found the expense and annoyance ot the landslips so intolerable that he sold the estate to a Mr. Penleaze.