Buckler's Hard is an historic shipbuilding village on the banks of the Beaulieu River where Nelson famously built some of his ships that fought at the Battle of Trafalgar. 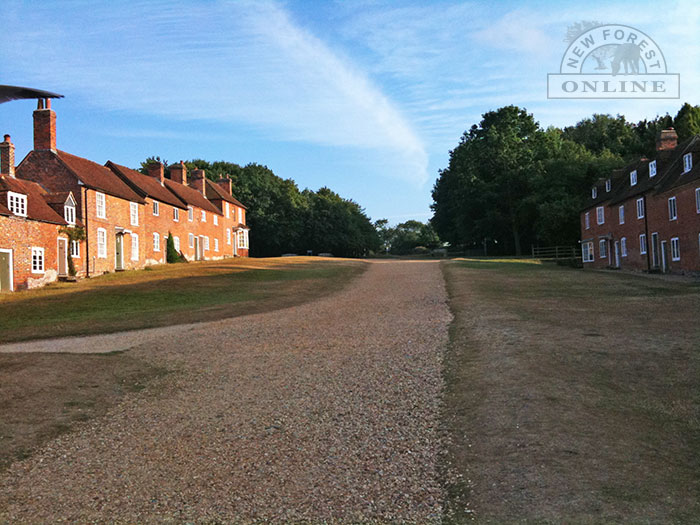 During the Second World War, Buckler’s Hard became a motor torpedo base. Upstream, Bailey’s Hard was used for fitting out minesweepers. Downstream, sections of the phenomenal engineering feat, the Mulberry harbour, were constructed in the old oyster beds in preparation for the D-Day landings.

Timber from the New Forest was used to build HMS Euryalus, HMS Swiftsure and HMS Agamemnon at Buckler's Hard, all of which fought at the Battle of Trafalgar. The local boatyard is named after one of these, Agamemnon. Cool name.

Montagu Town was originally founded as a free port for the trading of sugar from the West Indies. The ambitious plans for a new town were never realised, however, and the village's name was changed to Buckler’s Hard.

The most famous boats built here were Lord Nelson's Agamemnon and HMS Illustrious. The original shipbuilders' cottages still remain; some acting as a maritime museum and some privately occupied. The Buckler's Hard Maritime Museum is well worth visiting; it offers an insight into the life and times of the naval dockyard and the village community and features many interesting naval artifacts, as well as some beautiful scale models of some of the ships that were built here.

Things to Do and See in Buckler's Hard

Buckler's Hard is one of England's most attractive and unusual villages. It was created in the early 18th century by the 2nd Duke of Montagu, who planned to build a free port, Montagu Town, on the banks of the Beaulieu River for the import and export of sugar from the West Indies. The idea failed to get off the ground when the French captured the islands, but from the 1740s the site was used for the building of over 50 wooden ships for the Royal Navy.

The Master Shipbuilder, Henry Adams, and his sons built many ships, including Agamemnon, Euryalus and Swiftsure, all of which fought at the battle of Trafalgar in 1805.

The advent of iron ships saw the demise of shipbuilding at Buckler's Hard and it became a sleepy rural village, but in the early years of the 20th century the Beaulieu River became popular with yachtsman and this popularity increased between the two World Wars.