Beaulieu is a medieval village in the New Forest. Many attractions and historical events make Beaulieu famous; from the Cistercian Abbey to the National Motor Museum. 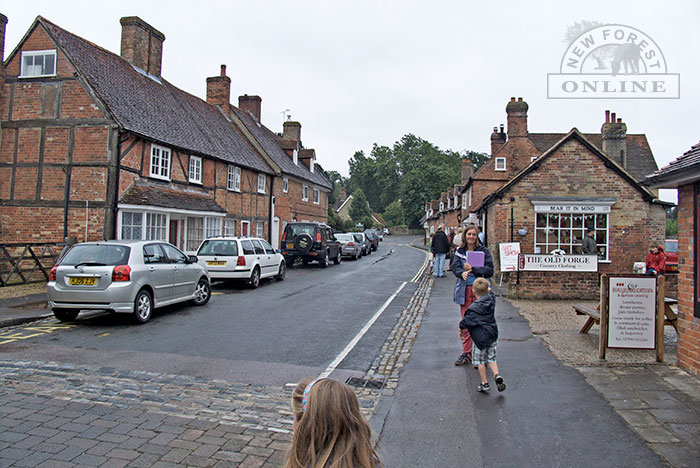 In the late 1950s Beaulieu was the location for one of Britain's first experiments in pop festival culture, with the annual Beaulieu Jazz Festival which was to British Jazz what Woodstock was to another generation. One of its most flamboyant proponents was George Melly, friend of Lord Montagu.

One of the South of England's top visitor attractions, The National Motor Museum, was launched in 1952 when Edward, Lord Montagu of Beaulieu, opened Palace House to the public. A collection of five early motor cars were placed on display in the entrance hall, oil leaks and smells and all.

Some 3,000 SOE (Special Operations Executive) agents were trained at a number of country houses scattered across the Beaulieu Estate before returning to occupied Europe to work with Resistance groups during the Second World War.

The picturesque village of Beaulieu, close to Lymington and Lyndhurst at the head of the Beaulieu River, could be described as "the Historic Heart of the New forest", its origins dating back to the 13th century and the days of King John. In the village of Beaulieu the visitor can find many attractions and places to visit, the gently sloping High street has an interesting variety of village stores, ranging from specialist gift and chocolate shops to art and craft. Beaulieu River provides an ideal location for a leisurely stroll or a place to relax beside for a picnic.

Things to Do and See in Beaulieu

The name Beaulieu is derived from the Latin "Bellus Locus" meaning beautiful place. The estate has been in Lord Montague's family since 1538 and has been a Motor Museum since 1952 and this is probably what most visitors come to see. As you wander through the village you will no doubt notice that some of the cottage doors are painted red whilst others are not. The red doored cottages signify that they still belong to the Montague Estate.

Beaulieu Abbey was founded in 1204 by Cistercian monks on land given to them by King John. Although much was destroyed at the time of the Dissolution of the Monasteries during the reign of Henry VIII, there is still much for visitors to see today. Palace House was formerly the 14th century Great Gatehouse of Beaulieu Abbey, and is set in glorious grounds and gardens with immaculate spreading lawns and walkways overlooking the Beaulieu River.

The abbey thrived until 1538 when, during the Dissolution of the Monasteries, Henry VIII ordered the destruction of the religious buildings beyond the possibility of restoration. Some buildings which could be put to secular use were allowed to remain.

Beaulieu passed into the ownership of the present Lord Montagu's ancestor Sir Thomas Wriothesley and has been the ancestral home of the Montagu Family ever since, and remains thus to this day.

The 8,000 acre estate has been in the ownership of the Montagu Family for nearly 500 years.