From a seven-arched, medieval Great Bridge to a 145 year old football club, Fordingbridge has hidden depths. The Avon Valley walk passes through the town and on through some beautiful countryside. 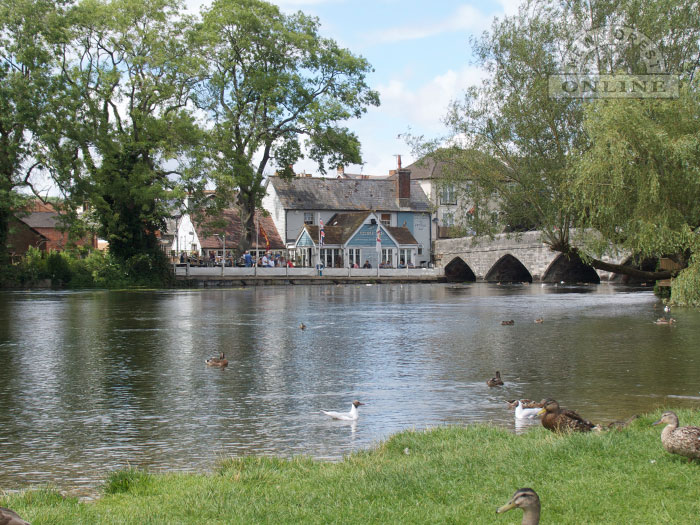 The medieval Great Bridge that spans in Avon in the centre of Fordingbridge is 40 meters long and features of seven stone arches.

Augustus John, Welsh portrait artist (born 1878), lived in Fordingbridge from 1927 until his death in 1961. Paul Kidby (born 1964) lives and works in Fordingbridge and is best known for his artwork featured in Terry Pratchett's Discworld series of books.

Fordingbridge is home to Fordingbridge Turks FC, one of the 50 oldest football clubs in England, established circa 1868.

Fordingbridge is a small country town on the banks of the River Avon. It was recorded in the Domesday book and the name has evolved through the years (unsurprisingly) from `Forde' and `Bridge'. The first Great Bridge, built in medieval times, is upstream from the ford and is a major feature of the town with its seven graceful arches.

Once an industrial town and commercial centre, Fordingbridge boasted many trades such as brickmaking, pottery and textiles. It was also noted for its smuggling and the infamous Captain Diamond, the `Smuggler King' spent much of his time here in a local hostelry. The town has developed into a wonderful place for visitors with its beautiful scenery, nature havens, cycleways and welcoming people.

Things to Do and See in Fordingbridge

Fordingbridge is an historic market town with a population of 6,000 on the banks of the River Avon, close to the new Forest, and within easy reach of the city of Salisbury, and the seaside resort of Bournemouth.

From earliest times, man has inhabited the area. On the chalk downlands, earthworks of the Neolithic (New Stone Age) and of the Bronze Age are still to be seen. However, evidence such as flint tools and pottery sherds show that these prehistoric people lived, not just on the downs, but in all parts of the region.

Fordingbridge acquired a station on the Salisbury and Dorset Junction Railway in 1866, which resulted in the development of the 'suburb' of Ashford. The Railway Hotel, renamed the Load of Hay after the closure of the line in 1963, was more recently renamed after Fordingbridge's most famous former inhabitant, The Augustus John.

From the 1960s onwards, the town of Fordingbridge has expanded considerably, with several housing estates added to the historic core of the town, resulting in a population increase to almost 6000. The by-pass, constructed in the mid-70s, diverted much of the heavy traffic from the town centre and the narrow medieval bridge.

Fordingbridge is twinned with Vimoutiers in Normandy and celebrated its 20th Anniversary in 2002.